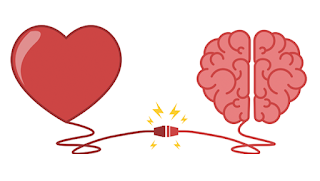 Emotional intelligence is the skill of recognising emotions in yourself and others and to use that knowledge and apply it to situations, maybe to communicate, negotiate or resolve conflict.  Emotional intelligence can be said to comprise of four components:  Self-management, the ability to manage your emotions and control impulsive behaviour and seize opportunities. Self-awareness is the ability to understand your own emotions and how they affect your own thoughts and behaviour, “knowing how you work” and then being able to actualise this into self-confidence. Social awareness, often referred to as empathy is the ability to recognise emotions in others and act accordingly, being aware of power dynamics in groups and picking up on emotional cues.  Relationship management is about being able to have productive relationships over time, inspiring and influencing others, working well in teams and managing conflict.

I will also add that I’m talking about emotional intelligence in a positive light, it is also very possible for people to use skills in negative ways and to encourage negative behaviour and to pressure and manipulate.  As ever, if someone makes you feel uncomfortable or is trying to make you do things you don’t want to (just this one, no one will know etc) then disengage and make sure you are safe.

There is also the discussion around the activities and what it is you both want to get up to.  Emotional intelligence can be applied here to help make sure you both get what you want, for example if you have something that you really want and it’s a deal breaker for a scene but the other isn’t that into it, you may be able to offer something the other person is into, so you both get what you want – give and take.

Likewise with gear it can be expensive and people can be hesitant about bringing gear and letting others use it until a few meets in, in some cases people may have emotional and personal attachments to gear and may not want to let you wear it or try it on at all, it’s important to be respectful of this.  But again, you may be able to get further by offering to share your gear and let them try some of your stuff rather than just asking to use theirs.  If you are just asking of the other person and not offering in return it may come across to them that you are more interested in their gear than playing with them.  If you want to play with someone’s gear and they refuse, be respectful of that, trying to pressure them or asking if they don’t trust you will only cause resentment and may result in them not wanting to play with you.

There may be a delay from your initial discussions and getting around to play, and this is where skills around relationship management can be helpful.  You may want to keep in touch with them and let them know you are still interested and looking forward to it, but try and do this without being overbearing.  Talking every day for example may be too much, but saying hello and checking if the date is still good and letting them know you are looking forward to it can be good.  They may also get in touch and if they do great, but make sure you make the effort to say hello first sometimes.  Keep it two way.  Sometimes people appreciate a message, and maybe a photo geared up, you might get a horny chat out of it too!  There may be times that aren’t good for people to chat, be mindful about when they work, or if they give cues that they are busy in which case let them be and try another time.

Another key place for emotional intelligence is during a scene.  I wrote before about how a sub reacted badly to a consensual beating and was unable to safeword.  I picked up on “something” changing and checked in and they couldn’t reply.  Look for body language (tight, close off, defensive, crossed arms), breathing and tone of voice as well as what they are saying to make sure they are ok and if you’re not convinced it’s better to break the scene and talk about it rather than push on.  I’d always rather break the atmosphere of a scene to check in with someone, rather than not check and have gone too far.  Especially if having them gagged, it’s ok to remove the gag while you ask they are ok, then shove it back in if all is well.

I’ve written before about post scene care in the context of looking after Doms, but the same things apply to subs.  Even if they don’t ask for it if someone has had an extreme session with a lot of endorphins they may need help coming down and want cuddles and contact.  Hard scenes can also even make people cry and again if you take someone that far you need to help put them back together.  Let them know that it’s ok, they can let it out and that you are there for them.  Caring for people is an essential part of BDSM.

Then there’s the off days and the days it doesn’t work.  If someone ghosts I’m unlikely to give them another chance, if they cancel and let me know and I don’t know them, I’ll give them another chance to rearrange, we all know what life can be like and responsibilities and stress can get in the way.  Sometimes with regularly playmates if they’ve had a rough day they may not feel it and in that situation I’ll offer to do something else instead, go for a drink and hang out or grab some food somewhere.  Again, this is relationship management at work.  We’re friends too, today didn’t work but we’re both happy to play the long game and try again another time!